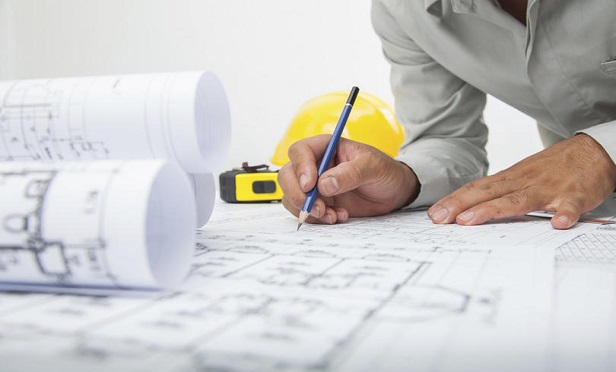 Since the passage of the Affordable Care Act in 2010 and its activation in 2014, there has been a huge amount of debate about what form our health protection system should take. (I am deliberately avoiding the word health insurance.)

For many, the answer has been very plain and simple: Do away with insurance companies’ involvement in providing protection for people’s health care needs, and have the “government” take over all responsibility for coverage. That’s the Medicare for all group.

Another segment of our country fears the growing power, cost, and mismanagement that often accompanies government programs. One does not need to look much further than the pretty clumsy way the Affordable Care Act made its way into its first days of operation, with massive computer failures and an inability for people to be enrolled in a timely basis, to have fear of government mismanagement.

A third constituency is very much in favor of employer-sponsored coverage and bemoans the fact that the Affordable Care Act ever came into existence, with its high deductibles and cost-sharing, long wait lines, flimsy networks, and volumes of rules. The point is, with an adult population of some 200 million adults between the ages of 20 and 64, there is room for a lot of different ideas and new ground to be explored.

A branch of the U.S. Department of Health and Human Services called the Health Resources and Services Administration (HRSA) has a Health Center Program.

These HRSA Health Centers were news to me.

According to a fact sheet created by HRSA Health Centers,

While the description sounds pretty good, I wonder how many people knew such a program existed. I dug deep and found the budget for this specific program, and it amounts to a little over $6 billion dollars right now!

When I started to look for the locations of these Health Centers I only found three within a reasonable distance from my home.

I should note that I live on Long Island, New York, which has a population of roughly 3 million people.

What I am outlining here is a large expenditure of cash. Maybe not the trillions the government is spending these days, but with very questionable benefit. Seems like no one in the federal government has really paid attention to all the money being spent in the name of health care!

The daily barrage of information we have been getting from the news media includes a slew of initials, among them: CDC, NIH, FDA, and CMS, to name a few. Do they have anything in common besides being somewhat mysterious? The answer is they are all branches of the U.S. Department of Health and Human Services mentioned above.

The Affordable Care Act is also overseen by the U.S. Department of Health and Human Services.

The annual budget for HHS is roughly $ 1.3 trillion dollars!

Despite the fact that the coronavirus pandemic has made us somewhat immune to large sums of money, the total budget for the nation of Israel is roughly $ 116 billion in U.S. dollars, so, it’s safe to say that HHS is a pretty big organization.

Right now, in spite of all that spending, doctors’ practices are being gobbled up at an alarming rate, as they cannot compete against hospital-based medical practices. Hospitals quietly visit a medical practice and make the owners “an offer they can’t refuse: “Doctor, you will become an employee of the hospital, and, in exchange, we will simplify your life and pay you a salary.”

The net result is that doctors are now on a clock and need to see a certain number of patients every hour to satisfy their hospital employer. In the end, the patient suffers as the quality of care decreases.

If this government agency could be more efficiently run, there is no reason the government could not compete against private insurance companies rather than trying to turn them into elaborate administration and bill-paying entities.

If, back in 2009, when Barrack Obama was first elected president, he had proposed a big expansion of the Health Center program with the goal of giving people a “government option” that worked, we would be better off right now.

I use the word “option,” and my thinking is that, with good business principles built in from the start, not only would a government Health Center option have helped the country get out of a financial problem it was facing, but it could have also ensured the future of generations of American medical professionals.

My vision has three key components, which could still be adopted today, in light of our current financial hard times.

Step 1: Make use of commercial buildings vacant thanks to the financial crisis that is currently going on. Convert them into first-rate medical centers that provide more than just primary care.

Step 2: Outfit the buildings using equipment; office furniture; phones and computer systems that were manufactured at least 75% in factories based in the United States. This would create employment opportunities

Step 3: Devise a way of competing with the for-profit health care world for the best medical students.

What if… this part of the Health Center Program was expanded. Let’s say it actively competed for the best and the brightest students early on in the school career. Say, at the high school level.

Let’s say students would be encouraged to follow a career in medicine at a Health Center. As the program is now arranged, many students would not qualify for the aid that is discussed. What if every medical provider was told, “We will pay you a salary for five years. If you work for us for that period of time, all student debt is forgiven. In addition, the federal government will back you if you decide to go into private practice. We will give you extremely low rates of interest to outfit an office. For the first three years the federal government will provide your malpractice insurance at extremely low cost.”

If doctors wanted to stay with the federal government program at a Health Center, they would receive an increased base salary, as well as additional income if they took on a teaching role.

The stigma that is currently associated with the Health Center program might disappear, as citizens started to see the centers as a first-class medical choice for care.

The Health Center I envision would be a soup-to-nuts medical facility that would go well beyond providing basic primary care. It would be a means-tested, no-exclusions-on-preexisting-conditions provider of comprehensive medical care.

We would expand and upgrade the hospitals available through the VA but we could do away with the VA altogether and reclassify it as part of the national health system. Since the VA hospitals can’t handle all of the load they are already tasked with, more hospitals would need to be built. But, at the same time, the Health Centers could take some of the burden off VA hospitals, or the VA hospitals’ successors, by providing primary and non-hospital care for those in need.

Why the New Health Centers Could Help

Having a government option as a direct competitor to private insurance would ensure that the private guys would try and price their products competitively. With the added benefit of underwriting, private companies could price their products to be very attractive to healthy people and also incentivize some people to get healthier to qualify.

Private insurance would be much more attractive to people who were selective about their medical care while the Health Center design would be more for the masses.

The federal government is in a much better position to be the underwriter for those with pre-existing conditions and since the Health center design would be means tested not every dollar of cost would be taken on by the government.

If we adopted this system, health care would no longer be a political football, without a final resolution.

This proposal provides a win for everyone which, at the end of the day, says a lot.