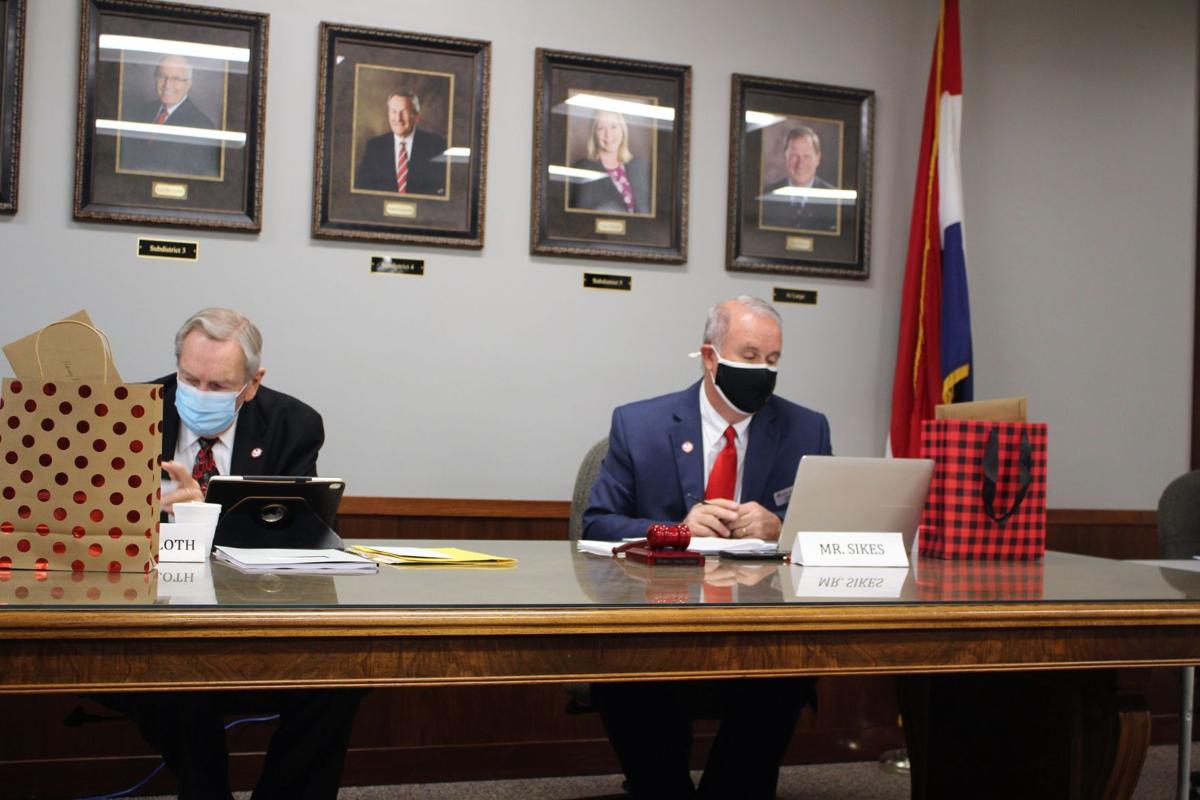 Harvey Faircloth, Scott Sikes and the rest of the Mineral Area Board of Trustee members receive an update on graduation rates for the Allied Health program during last week's meeting.

Mineral Area College has put 71 licensed nurses and nine paramedics out in the community during the pandemic, according to Allied Health Director Angela Erickson.

Erickson gave the Board of Trustees an update on the programs during its last meeting.

“We're putting a lot of first responders and clinicians out there,” she said. “So we're really pleased with that.”

The State Board of Nursing requires that all nursing programs have a pass rate of 80% or better on licensure exams, according to Erickson. Both MAC’s Associate Degree Nursing (ADN) and Practical Nursing (PN) programs surpassed the 84% average.

“With COVID this year, we were obviously very concerned because our students left in March and our associate degree students who graduated in May never returned,” she said. “So they weren't in the seat for class and they weren't allowed in the clinical settings.”

The ADN program graduated 47 of 49, Erickson said, which is a new high in retention. After the initial exam, 87% of the students passed. Of the six that failed, she said, five students retook the test and passed.

The PN program students were back on campus with social distancing and graduated in July; 27 of 33 students graduated for a retention rate of 81%, up from 54% last year.

“I'm surprised that we retained as many as we did,” Erickson said.

The exam pass rate for the PN students is 88%. Of the three who failed, one has retaken the exam and passed.

Also, in conjunction with the Washington County Ambulance District, the school just graduated its first class of nine paramedics and all of them passed their exam.

Chief Financial Officer Lori Crump told the board that the school has received all but $70,000 of its CARES Act money. The governor released additional funding, she said, so they are submitting for an additional $260,000.

MAC Foundation Director Kevin Thurman gave the board an update on the Enhancement Grant Campaign.

“So far we've collected a little over $40,000 which is a few thousand dollars ahead of where we were at last year,” he said. “So we're excited about that.”

“So much appreciation to (President Dr. Joe Gilgour) and everybody that put some time and energy into making that a success,” Thurman said. “I was a little skeptical at first. His music choice was not the greatest. But we ended up selling all the sponsors.”

In other business, the board: